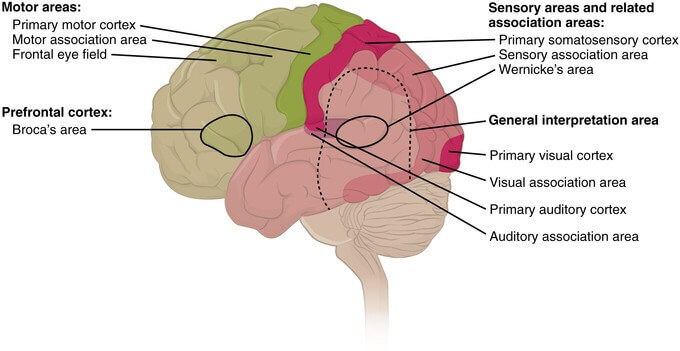 Both the upper and lower lips of visual cortex (area 17) are superimposed by visual association cortex area, area 18 and area 19, one over other. This area is concerned with recognition of an object and perception of its color.

Visual Reflexes
These are some reflex path, afferent components of which are formed by visual pathway.