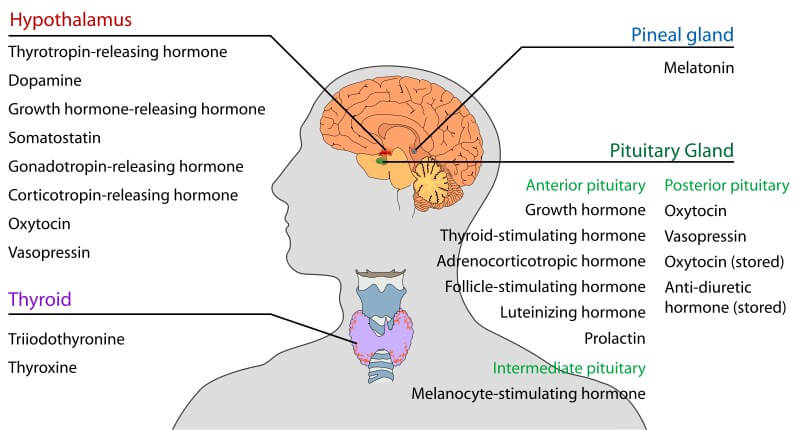 
Efferent connections
Efferent connections from hippocampus are axons of pyramidal cells lying in intermediate layer. The efferent fibers first lies in subependymal plane as alveus. The fibers of alveus converge to form a white band known as fimbria. Fimbria continues posteriorly as posterior column of fornix. Posterior column from both sides curve upwards and forwards around posterior end of thalamus and join together to form body of fornix. Body of fornix divides into two anterior columns which pass downwards and forwards in front of interventricular foramen of Monro. Next at the level of anterior commissure it divides into two limbs called postcommissural and precommissural roots running posterior and anterior to anterior commissure respectively. Fibers of these two roots end as efferent fibers of hippocampus in following destinations.
Functions of Hippocampus
Hippocampus is the prime central component of limbic system. But through the outlet of hypothalamus, hippocampus acts as a center for integration for autonomic (visceral), endocrine and emotional activities of an individual. Hippocampus plays an important role for recent memory. Earlier it was regarded as part of olfactory system, but it does not possess direct relationship with this function.