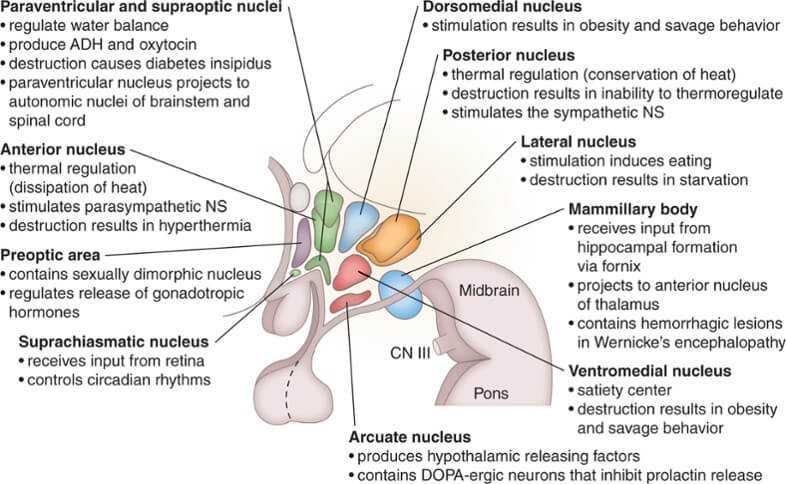 Anterior part
This part contains anterior thalamic nuclei. These nuclei is concerned with.
Medial part
Medial part of thalamus contains many smaller nuclei and a large medial dorsal or dorsomedial nucleus. The dorsomedial nucleus is made up of anteromedial magnocellular and posterolateral parvocellular parts. Medial part of thalamus is concerned with integration of large number of sensory informations (somatic as well as visceral) and correlation with emotional feelings.