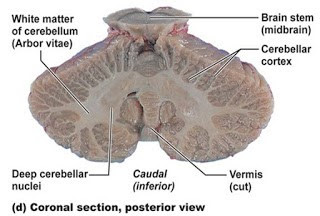 Cerebellum is structurally made up of following two
fundamental zones.