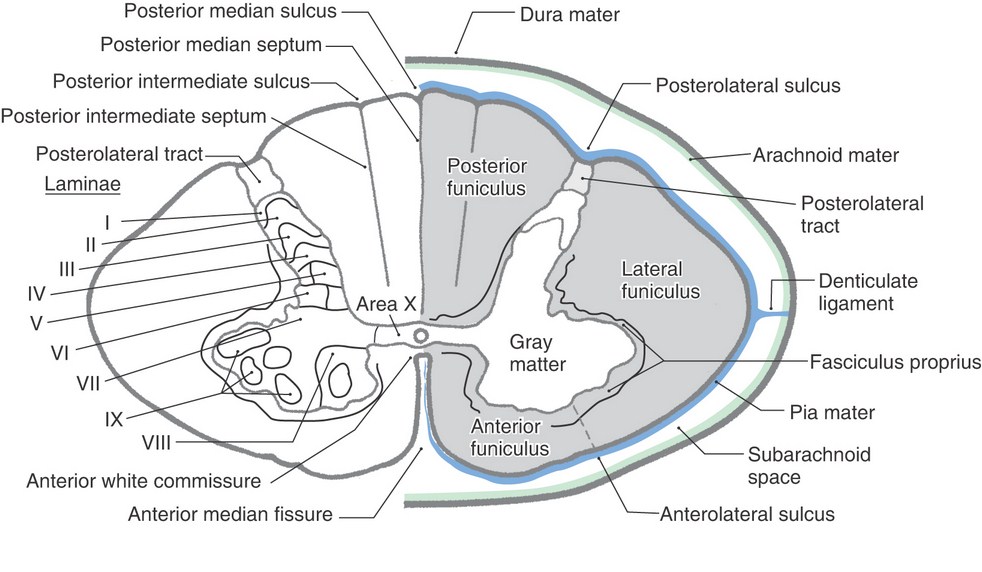 On cross-section of spinal cord, cells of various columns of spinal gray matter represent a strip-like appearance which is called Rexed lamination. Theselaminae are ten in number, which are sequentially numbered from the dorsal horn side towards ventral horn, as per Roman numerals.
The cells of these laminae are classified according to shape, size, density and cytological characteristics. These laminae corresponds more or less to the different cell-groups stated earlier.