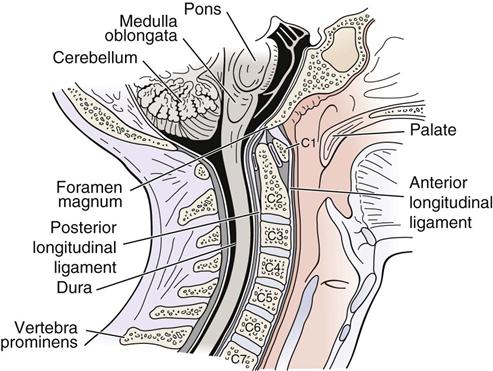 Brainstem is the tubular stalk-like part of the brain made up of midbrain, pons and medulla oblongata from above downward. It is so called because it is like stem of a tree. Main mass of the brain, cerebrum with cerebellum rests on the brainstem and through it, is connected to spinal cord below. Long axis of brainstem is oblique, directed downward and backward.


Cavity related to brainstem is of different shapes and natures at different level as follows: